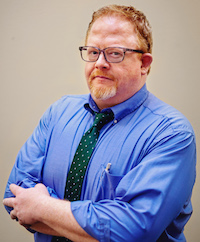 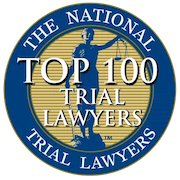 Jason Powers was born in Chicago and spent the first few years of his life in Illinois. His parents moved the family to Seattle, and, eventually, Auburn, Washington, where he spent his entire schooling with the Auburn School District. In his spare time, he delivered newspapers, maintained the greens on a golf course and spent weekends working with his father in construction.

In high school, Powers enrolled in a mentorship program. He was able to convince the legendary attorney Alva Long to serve as his mentor. Long was known for many things, including his outlandish wardrobe; but most importantly, he was known for his work as a first-class criminal defense attorney. Long showed Powers how the law can assist people at their lowest point in life, and that each client is important. He instilled in Powers the importance of recognizing that each client encounters a life-altering situation when faced with a criminal charge, regardless of his or her past.

After high school, Powers spent two years at Highline Community College, where he earned an Associate in Arts in Spanish. After Highline and a brief stop in Hawaii, he transferred to Western Washington University (WWU) where he earned a Bachelor of Arts in Political Science. Powers enjoyed living in Bellingham so much that he decided to move back to the area in the future. After graduation from WWU, Powers took time off school and started driving a truck to save for law school. This job took him around the West Coast, from Vancouver, BC to Redding, California.

Powers enrolled in law school at the University of California at Davis. It was at Davis where he first had court room experience. He interned at the Sacramento County District Attorney’s Office. Arguing before judges for the first time himself, Powers realized how impactful an attorney can be in someone’s life. He worked in the Insurance Fraud Unit and would assist people whose identities were stolen and other victims of white-collar crimes. Additionally, Powers worked as a Research Assistant for Friedrich Juenger. This assignment was mainly to assist Professor Juenger in writing a book on the Conflict of Laws. Powers also studied International Criminal Law at the Trinity College Dublin in 2000. Aside from studying law, he became familiar with his Irish heritage and Guinness.

Powers graduated from law school in 2001. He worked as a Deputy Prosecuting Attorney in both King and Lewis Counties. This required him to prosecute many misdemeanor cases, including DUI, Assault and Domestic Violence (DV) charges. When a position opened in Skagit County, Powers moved north to the valley. He remembered how much he enjoyed this part of the state and jumped at the opportunity to move there. As a Deputy Prosecuting Attorney in Skagit County, he continued to try DUI and DV cases. He also gained experience in felony charges, such as Vehicular Homicide, Attempted Murder and other serious felonies. His four years of experience working as a prosecutor prepared him to serve as a criminal defense attorney because he has been on the other side and knows how they operate.

In 2005, Powers decided to go into private practice to assist people charged with crimes. He opened the law firm of Powers & Costeck with Ron Costeck. Over the next 13 years, both attorneys worked to provide the best possible criminal defense to the people of Skagit, Island and Whatcom counties. In 2018, Ron became the Island County District Court Commissioner and left the practice. Powers continued the tradition of providing effective and ethical representation and renamed the firm Powers Law Group.

Powers Law Group pledges to provide strong legal representation for those accused of crimes in Skagit County and its district courts, as well as Island, and Whatcom counties. Call today to schedule your free consultation to see how our firm can assist you.

J.D., University of California at Davis School of Law, 2001